Here are some of the photo worthy signs I’ve seen around Tokyo thus far. I imagine in the next two months, there will be a few more gems along the way.

Getting around Tokyo has been one of the easiest obstacles to overcome during my rotation thus far. The stations have also provided a multitude of entertainment thanks to advertisements posted throughout. The metro system has a campaign out about riding the subway including safety, courtesy, etc. They aren’t in English but thanks to the graphics, it’s pretty easy to tell what exactly it’s talking about. Here are just a few of my favorites:

“You’ve got to leave the cake behind.” If the doors are closing, evaluate the risks. Is it worth the injury to save an easily replaceable item you may have left? This one was made with people like me in mind because that looks like an awfully good piece of cake to just leave on the platform. 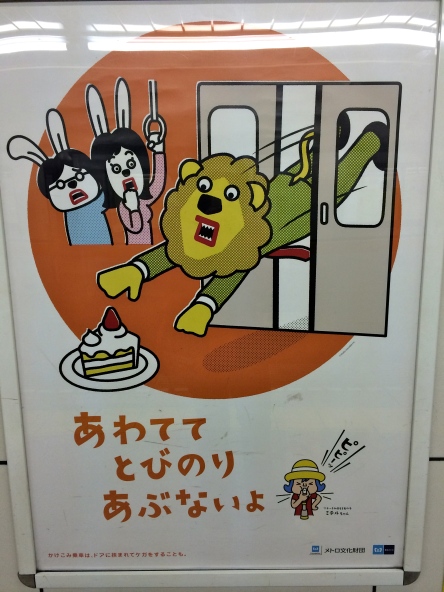 We all know the sound of roosters is annoying, frustrating, and frankly rude. “Please mind your noise level while riding the metro.” The bunnies and the rest of us would appreciate it. 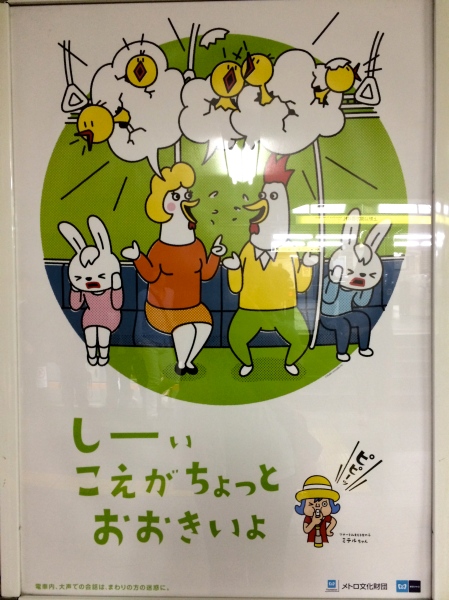 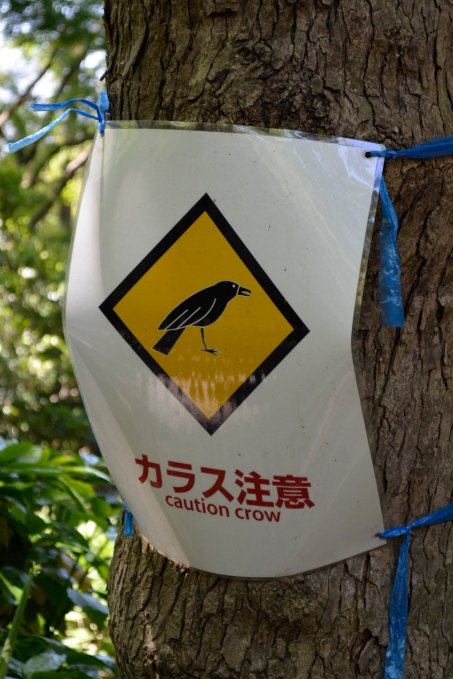 An exhibit was under construction and that poor little bear felt sorry about it. I’ll ‘excuse your mess during construction’ any day with a sad yet cute looking bear like that.

Smoking is extremely popular in Japan. There is even a ‘smoking room’ in my office! Naturally, the smoke cloud is a happy smiling girl with a thumbs up. It’s so cute, I almost want to start smoking but not while walking, of course…. just kidding.

And the last one… it’s not really a sign. It’s an English translation except I don’t even know what it means or what it’s trying to mean. The Japanese language doesn’t have pronouns, or plurals, or articles so translation can be a little rough sometimes but also provides comic relief every once in a while. 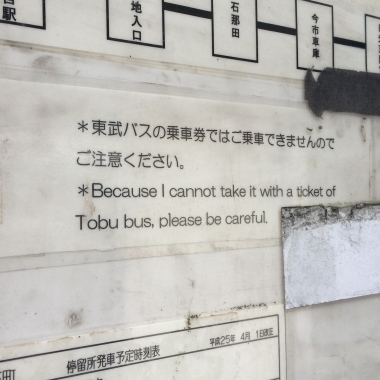